Is Tamil the Oldest Language in the World? 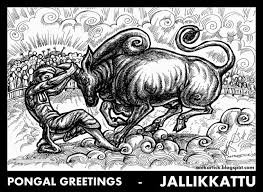 10) Latin
9) Armenian
8) Korean
7) Hebrew
6) Aramaic
5) Chinese
4) Greek
3) Egyptian
2) Sanskrit and
1) Tamil
While this is not an ‘official’ declaration, it does reinforce the attestations available already regarding the antiquity of Tamil over other known languages.

What Language Did Aryan’s Speak?

When Aryans invaded India, Circa 1500 B.C. they did not come with a language which had any known name.They would have spoken a kind of minor language with no script or literature.They found Tamil, a highly developed language, spoken throughout the Indian sub-continent up to Baluchistan in the Himalayas. Tamil was found to be a language with 3 independent fields of ‘Iyal (Prose),Isai(Music)and Natakam(Drama)’ .Dr.Vincent Smith, a noted British historian, in his book on Early Indian History, refers to the contribution of Tamil especially words borrowed by Aryans into their language. Tamil had developed advanced grammar, as proved by the great grammar treatise ‘Tholkappiam’. Later, Panini’s Sanskrit grammar, has borrowed heavily from ‘Tholokappiam’.For e.g. ‘Sandhi rules’ of sentence construction.

Shaping Up Of Sanskrit

Over a period of time Sanskrit appropriated many Tamil words altered a bit phonetically and made it Sanskrit.Tamil was not used in official dealings. Instead of calling Tamil family of languages they chose to call it ‘Dravidian’.’Dravidian’ only means ‘Tamil’ in Sanskrit ! Imagine ‘English’ being called in French ’Anglais’ language in Britain itself ! Similarly they borrowed Tamil script and called it as imaginary ‘Devanagari’ Script! There is no spoken language called ‘Devanagari’ at all !Then how can there be a well-developed script alone ?Similarly Tamil music was appropriated and called ’Carnatic’ music !The point to note here is that this ‘Carnatic Music’ is not found in Karnataka! Tamil food is ‘South Indian food’ and Tamil hits are ‘Madarasi hits’!
Many north Indians are not aware of such a great language at all.My Gujarati friend was asking me innocently,whether Tamil word ‘Thannee’ for ‘water ‘is from Hindi ‘Paaani’! Then I explained to him how Hindi ‘Paani’ is from Tamil ‘Thannee’!

A Myth Is Born!

The very word ‘Sanskrit’appeared much later and means ‘refined script’.The word is derived from two Tamil words ‘semmai ‘meaning ‘refined’ and ‘kirukku’ meaning ‘scribble’ i.e script. Most of the important Sanskrit words have their etymological roots clearly linked to Tamil. All spiritual words like ‘veda,puja,guru,vigyan, atma, homkund etc. are all Tamil words slightly altered phonetically and so it sounds different.
For example,the Sanskrit word ‘Puj’ and Tamil word ‘Pusai’ are considered cognate words.While in Sanskrit the word is a morpheme (vide page 641 of Sanskrit-English ,Dictionary-Monier Williams), in Tamil the word ‘Pusai’ breaks down into “Poo+sei’.’Poo’ is ‘flower’ and ‘Sei’ is ‘to do’.The Tamil ritual ceremony done with flowers to Tamil Gods, is thus called ‘Pusai’in Tamil. In contrast ‘Puj’ in Sanskrit means ‘to honour,to worship’and this inference has no basis. Hence the etymology of Sanskrit word ‘Puja’ is Tamil word ‘Pusai’ only.’Poosari’ is ‘priest’ in Tamil.
Tamil etymology is clear,logical and acceptable unlike Sanskrit etymology which prima-facie appears uncertain and untenable.Research shows presence of large number of Tamil words in Sanskrit awaiting acknowledgement.

Of course, there are a few Sanskrit words in Tamil also but these are words which denote superstitious, mythological or irrational concepts.For e.g in Tamil there is no word for ‘caste ‘so the Sanskrit word ‘jati’ is used .Other than these kind of words, Tamil has not adopted any Sanskrit words for its daily use.Tamil is an independent language with a stock of vocabulary comparable to Greek and Latin.It may be noted that if Sanskrit was an independent language spoken by Aryans when they entered India,why it is not spoken anywhere else in the world ?Even from areas from where Aryans are supposed to have migrated from ?It is also a point to mention that the Brahmins in India speak only the local language as their mother-tongue.

Tamil Is A Global Language!

Tamils have a long tradition of sea-faring and so has better recognition in other countries than in India, a country of its origin. Tamil is a national language in Sri Lanka and Singapore and is widely used in Malaysia, Seychelles, Reunion, Mauritius, Cameroon and Canada. Moreover Tamil is a working language for ASEAN countries.Tamil appears to be most likely language first spoken by man. So the notion that Sanskrit is the most important language of India should be tagged as a myth.
Wikipedia says “Tamil is one of the longest surviving classical languages in the world”.Like Yoga,India should take pride for Tamil and show case it as a tourism an attraction.Tamil should be given its due place in its birth place by making it co-official language by Central Government.There need not be any politics in claiming the due place for Tamil,the pride of the nation.
Categories: தமிழ்

What is the relation between Tamil philosophy and Sumer?

I truly believe Dravidian language, culture and roots have traces back to the end of last ice age. Because of blooming civilisations along rivers and population growth, Dravidians must have migrated along the Indian Deccan Read more…